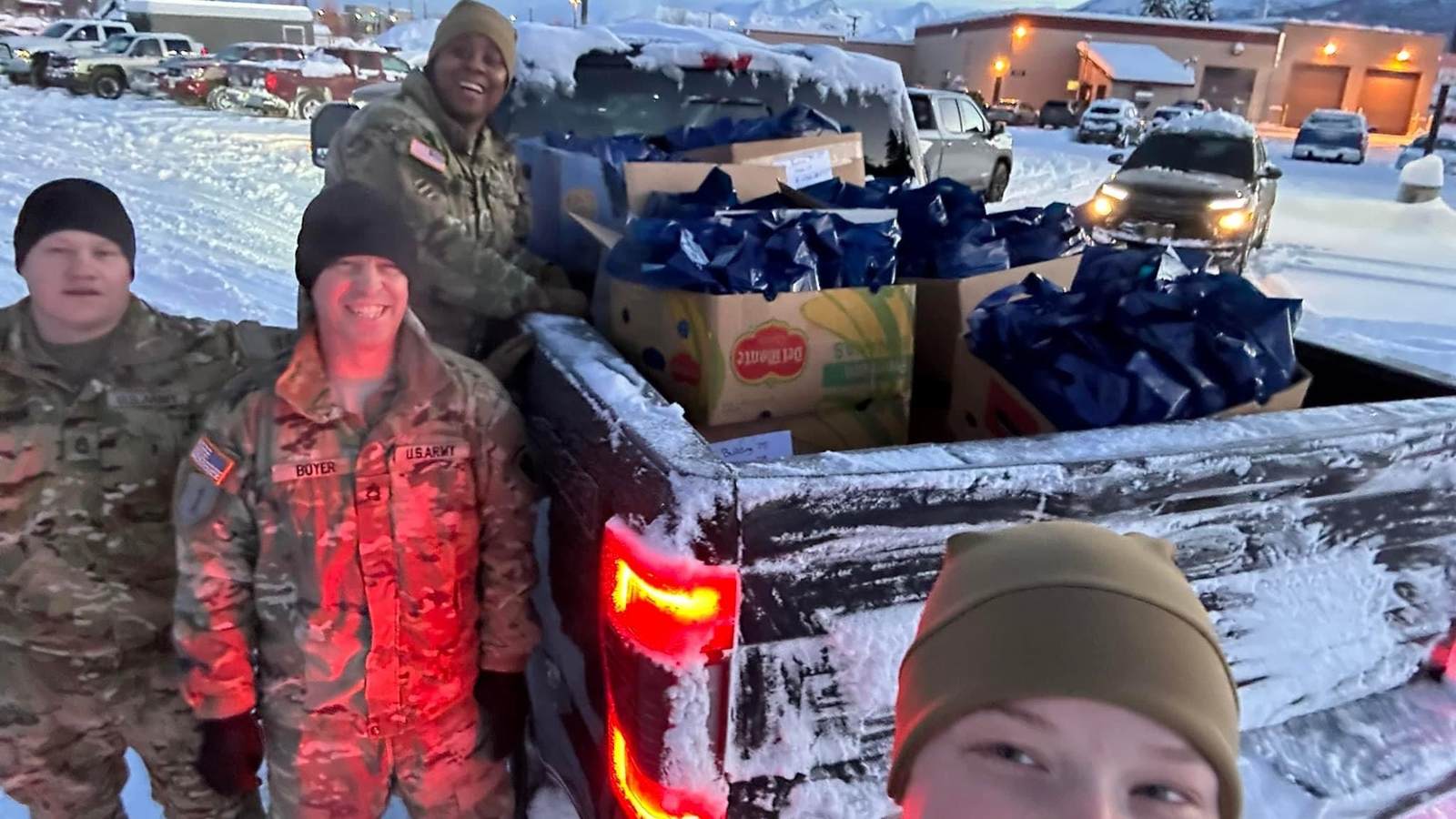 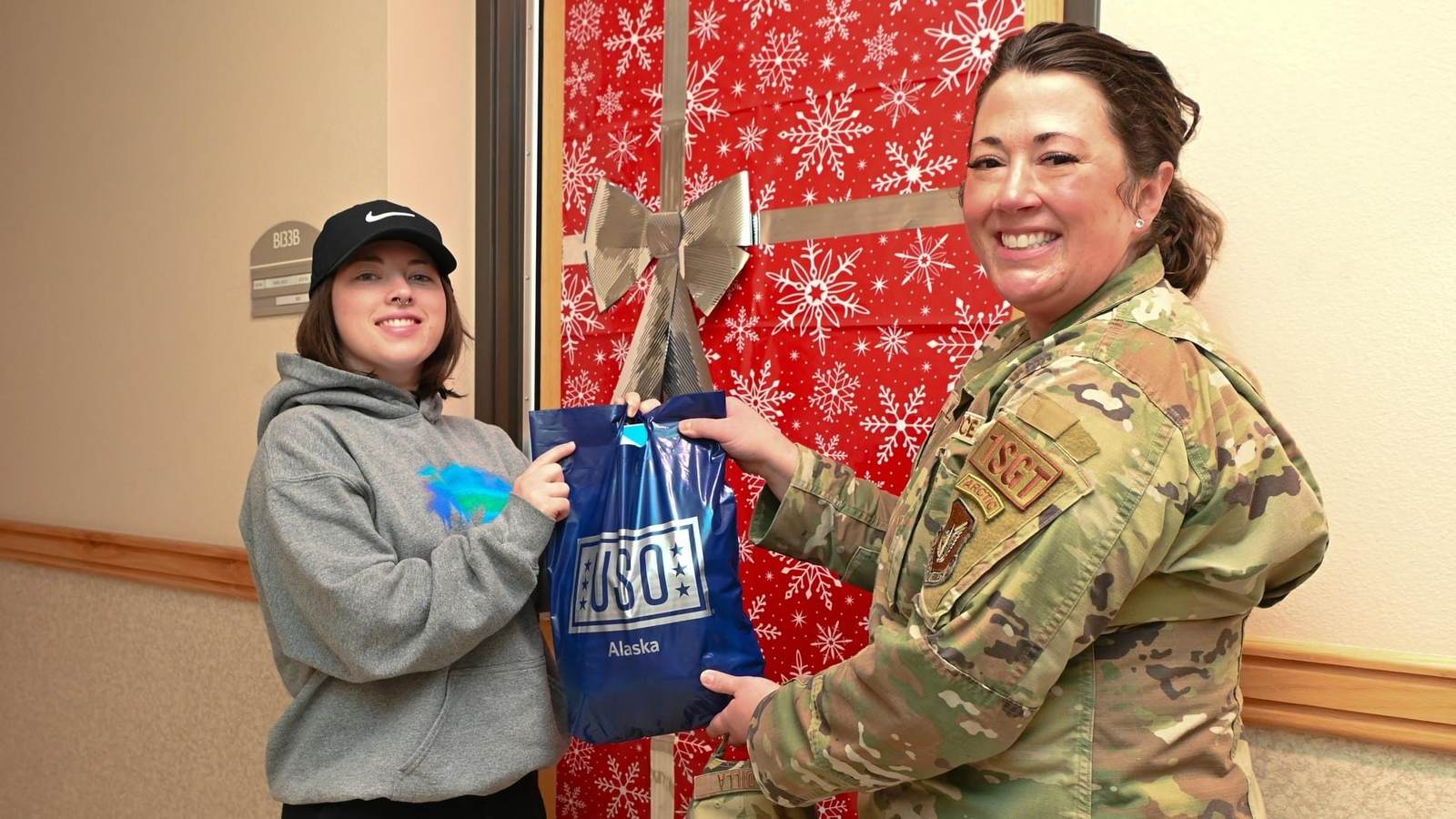 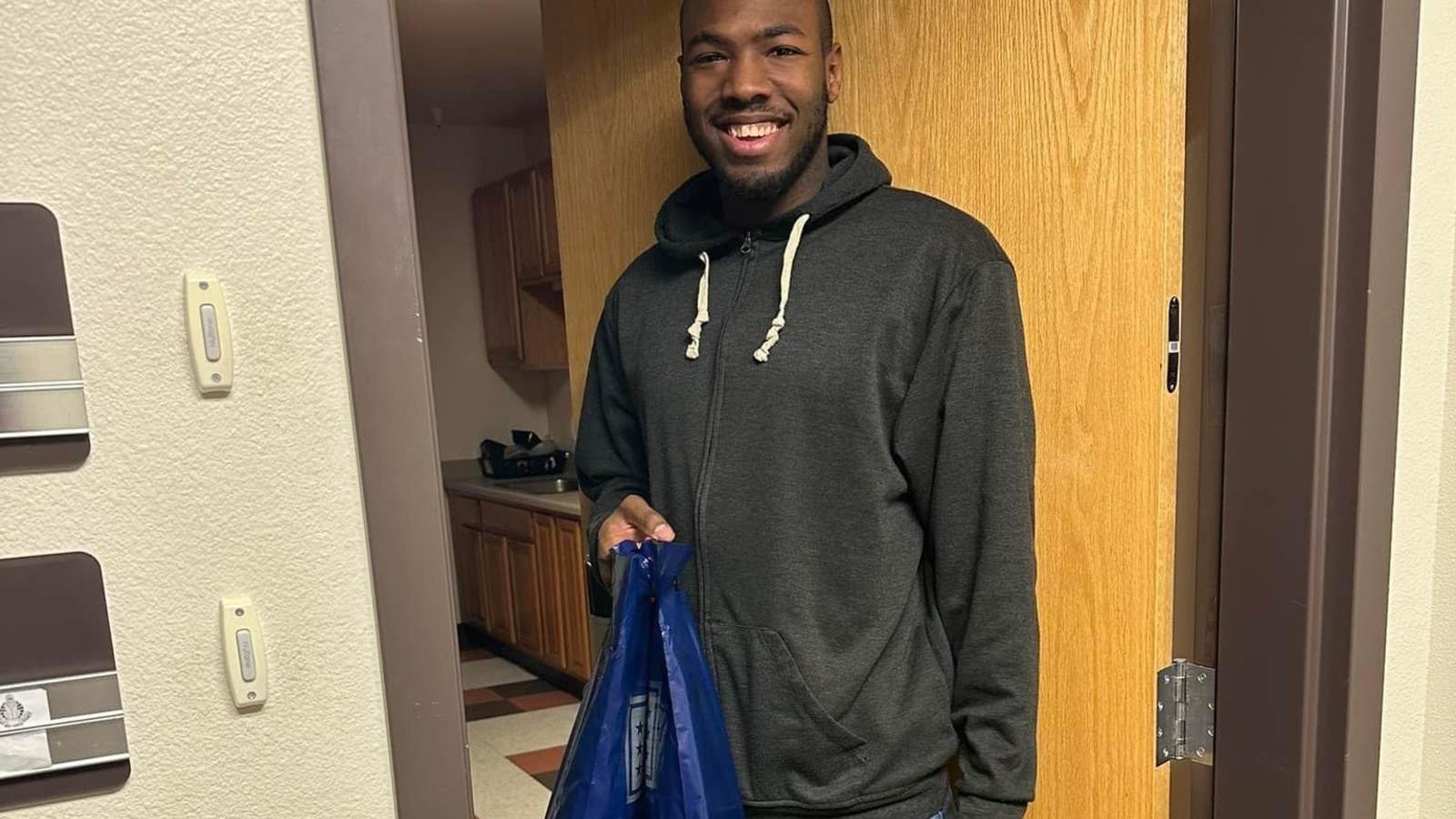 ANCHORAGE, Alaska (KTUU) - For many new service members stationed on Joint Base Elmendorf-Richardson, it could be their first Christmas away from family members and home. That’s why, with the help of Santa’s little helpers, USO Alaska and donors around Anchorage are sprinkling holiday magic across the base.

With the help of over 50 volunteers, USO Alaska crafted 3,000 holiday bags — one for each unmarried service member who is currently living in the dorms or barracks. Each bag was filled with 27 items, including hot chocolate, Hot Hands hand warmers, and other goodies. They even contain homemade cookies made by the Elmendorf-Richardson Spouses’ Club, allowing each service member to have a touch of home in their bag.

Barbara Knaak is the Alaska Center Operations Supervisor at USO Alaska, and has been hard at work this holiday seasons preparing the bags.

“These are usually the first-term service members, this is usually their first duty station,” Knaak said. “So, you get the 18, 19, 20 years olds — the ones living in the dorms and the barracks.”

Volunteers spent Dec. 5 and Dec. 6 packing the bags before military members gathered and hand-delivered them to the barracks and dormitories. Although the holiday bags were always to help spread holiday joy on base, it also helps soldiers break the feeling of isolation they may feel in Alaska, especially during the winters.

“With all the snow we’ve had, a lot of them are probably stuck in their rooms, they’re not getting out doing stuff that they probably normally would,” said Knaak. “So I’m hoping they get something out of the bag. For instance, the Anchorage visitor guide.”

Knaak said they try to be a resource to people new to town to tell them what activities are going on to help get them outside — something very important for military members’ mental health. It’s especially important due to the alarming rate of military suicides.

“As we know, they say 22 service members/veterans a day take their lives. We want to be there for them to make sure that they’re not doing something like that,” Knaak said

Even though its just a little thing, USO Alaska hopes the bags will show service members that they are not alone. And help them develop of feeling of home in Alaska.

“Whether it was a sweet treat or the Hot Hands, it put a smile on their face. And if we can affect one service member, then we have done our job,” Knaak said.