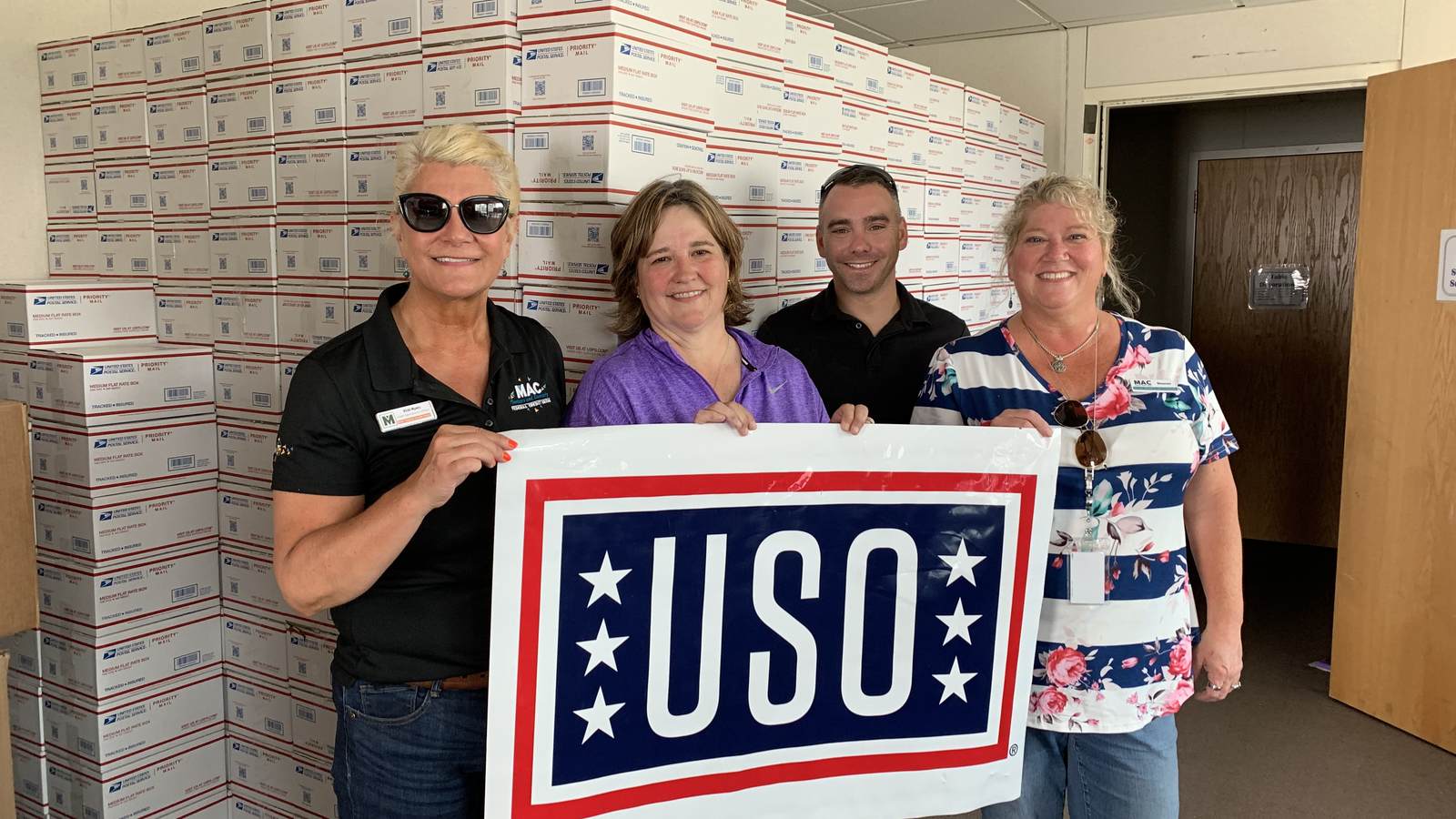 USO JBER was excited to partner with MAC Federal Credit Union as they opened a new branch in Wasilla, AK. During their grand opening, they set a new Guinness World Record by packing 1075 military care packages in just 26 minutes! USO JBER was honored to be the recipient of these care packages, which contain various toiletry items and snacks. The USO Alaska expeditionary team will be using these for remote service members across the state. Thank you again to MAC Federal Credit Union!