USO Alaska: About Us 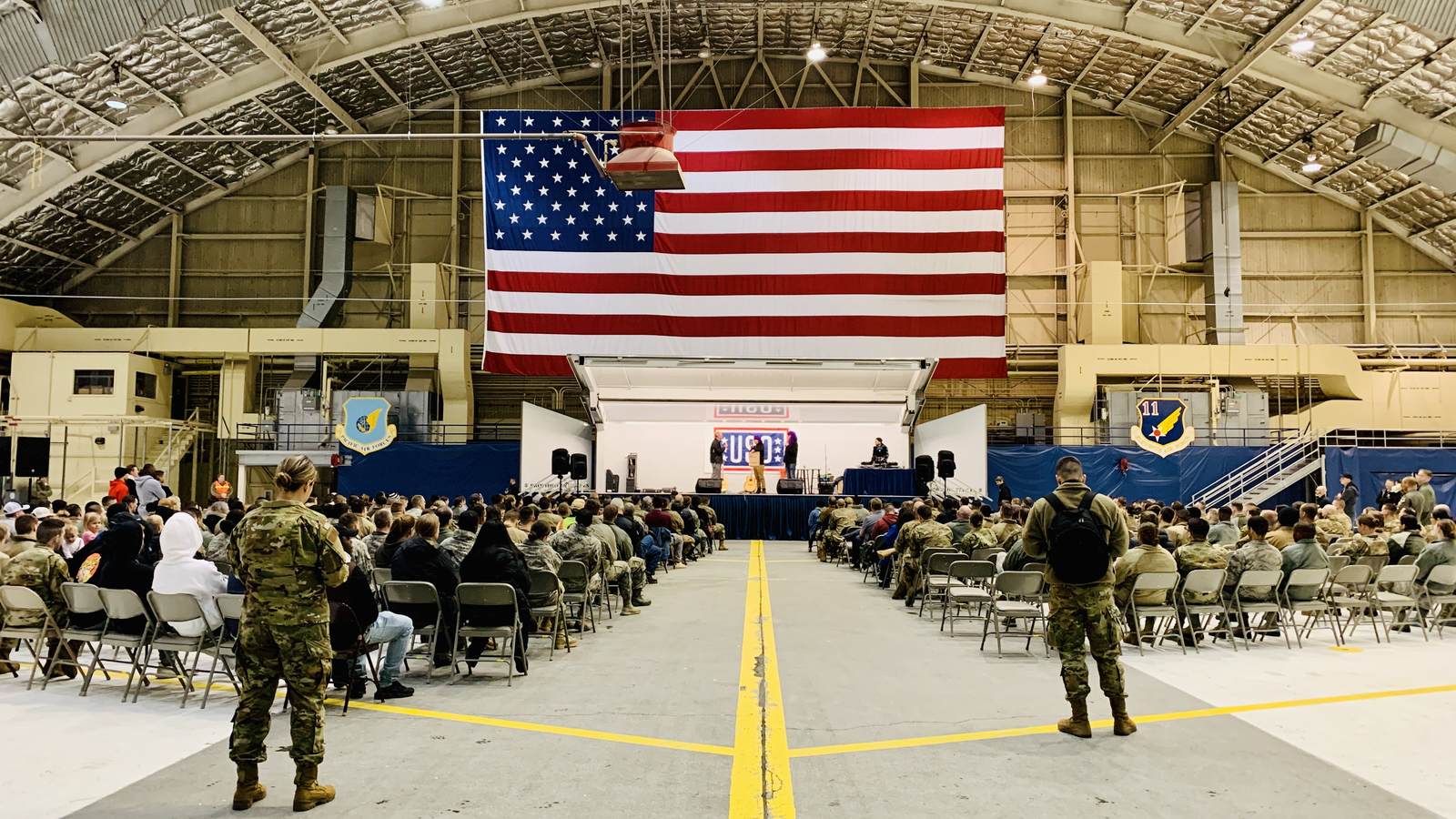 The USO is a 501c3 nonprofit military support organization. The mission of the USO is to connect service members with family, home and country throughout their service to our nation.

USO Alaska has supported the mission of the USO by offering a variety of programs and outreach initiatives to ease the challenges of service for Alaska’s military. In February 2016, during the USO’s 75th anniversary year, the first-ever USO Wellness Center and USO Alaska Center opened at Joint Base Elmendorf-Richardson (JBER) near Anchorage.

Staff and volunteers also delivered toys and food to military families across the holidays and supported homecomings and deployments, facilitated baby showers, pet therapy and other events to help strengthen the resiliency of military families coping with the unique challenges of military life in Alaska.

2017 was another significant year for USO Alaska Center expansion, opening at Eielson AFB in February and developing a USO dayroom at the Military Entrance Processing Station (MEPS) in Anchorage, to enhance the enlistment experience for service members new to the military.

The USO’s support throughout Alaska is traced back to WWII, with temporary USO Clubs in Anchorage, Fairbanks, Ketchikan, Seward, Juneau, Sitka and Skagway (1941-1947). There are now more than 200 USO locations worldwide, offering a broad, ongoing scope of support for service members and families currently serving in the U.S. Armed Forces.

Additional programs and outreach services include but are not limited to:

For event updates and more info: